Film Blocker: Order and undisturbed shooting on the film set 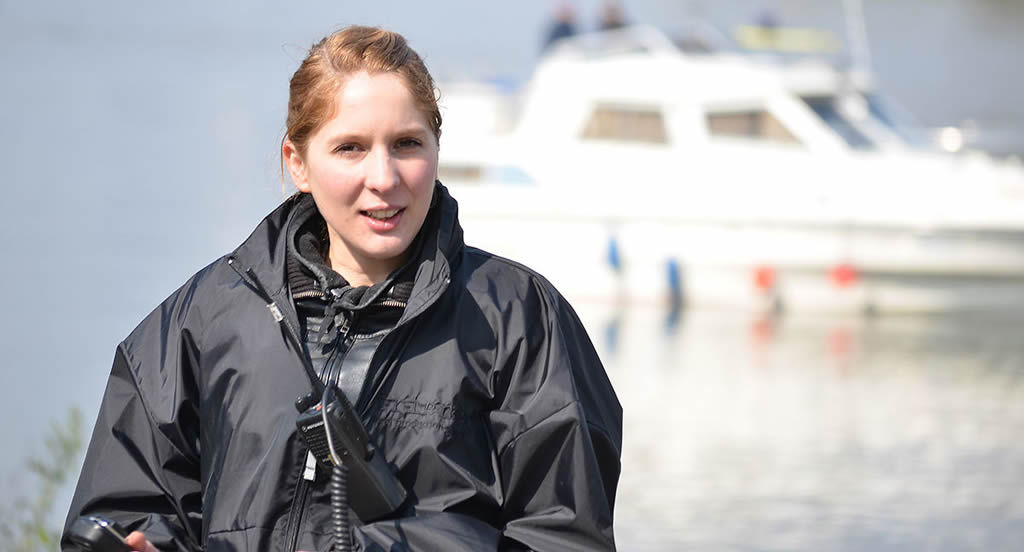 Outside shots are always a very special challenge for everyone involved in film shooting. Not only the weather influences whether the shooting schedule can be adhered to, but also the individual environment. Residents, parked or moving cars, ambulances and fire brigades and of course fans and the press can cause disruptions and unpleasant disturbances on the set. To ensure that everything runs as smoothly as possible, blockers are essential when shooting outside. They are always the first people on the film set to ensure that disturbingly parked cars are moved or removed, that roads are closed, that fans and unannounced journalists and onlookers do not gain access to the film set and, finally, that no residents or pedestrians walk through the picture.

At the same time, film blockers also act as mediators, as it is not uncommon for residents, passers-​by or motorists to feel hindered by the shooting. Whether it’s the parcel service that has to deliver an urgent shipment, the taxi driver who wants to bring a passenger home, or the local resident who can’t park his car in the traditional parking lot right outside the front door, there are always situations in which people get angry. This calls for the blocker’s knowledge of human nature and sure instinct. Now it is a matter of calming heated minds, explaining the situation, asking for understanding and, if necessary, pointing out alternatives. If, on the other hand, an ambulance, police or fire brigade have to pass through the restricted area, it is the blocker’s job to inform the film team as early as possible so that the passage can be cleared.

Many blockers have security experience and therefore have good prerequisites for working on the film set. Important characteristics are also good organizational skills and a pronounced ability to communicate, as well as experience in applying de-​escalation and stress avoidance strategies sensibly.

The term ​“blocker” is derived from the English ​“to block”, which means ​“to block” or ​“to block”. In football, too, there are blockers that prevent the opposing team from moving forward by blocking.

Would you like to be present at the next film shoot and actively support the friendz team? Then just drop by so we can get to know each other. HERE you can simply make YOUR appointment with us! Or you call us now: +49 6196 6527700